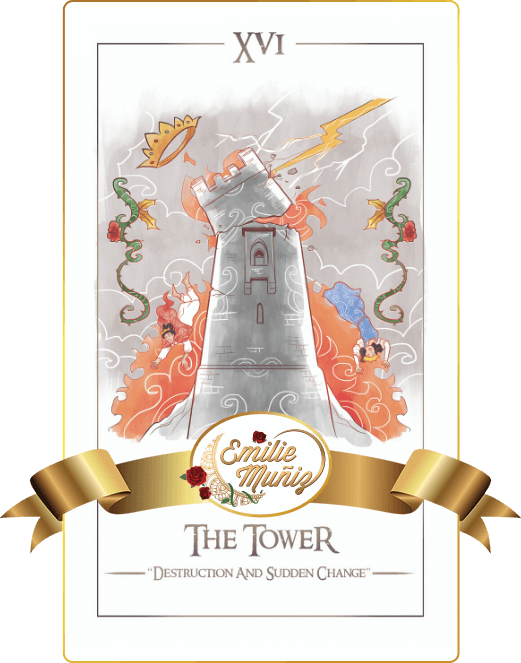 A tall tower stands atop of a cliff, sounded by dark clouds. Lightning strikes, setting the tower aflame and creating a sudden weakness in the tower’s structure. Two people fall out of the tower. Their facial expression shows that they are in shock. A big crown falls off the top of the tower, indicating that a king is dethroned. In the tarot, the Tower represents a shocking change or a shocking incident. The Tower also indicates something which needed to be destroyed, which was toxic, is finally coming to an end.