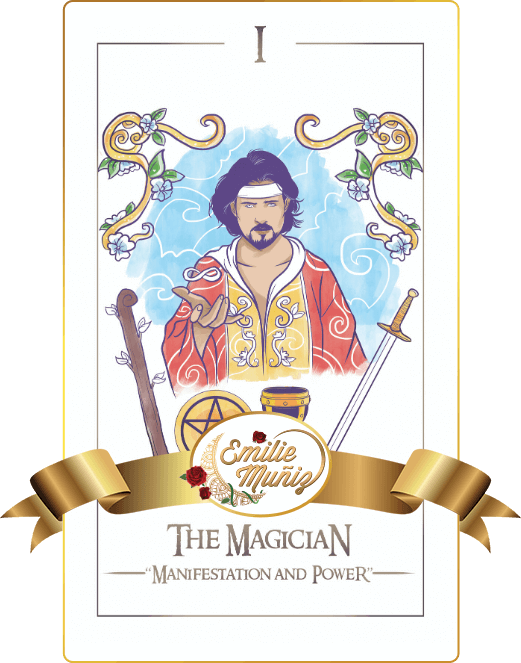 A Magician holds his hand, and almost like magic, poof, a floating affinity symbol appears, representing infinity. Under him appears the four suits of the Tarot, the Coins, Swords, Wands, and Cups.

The suits represent the four elements of Earth, Air, Fire and Water which the Magician works with to manifest his desires. The Magician card represents working with various forces to create success and manifest your desire.