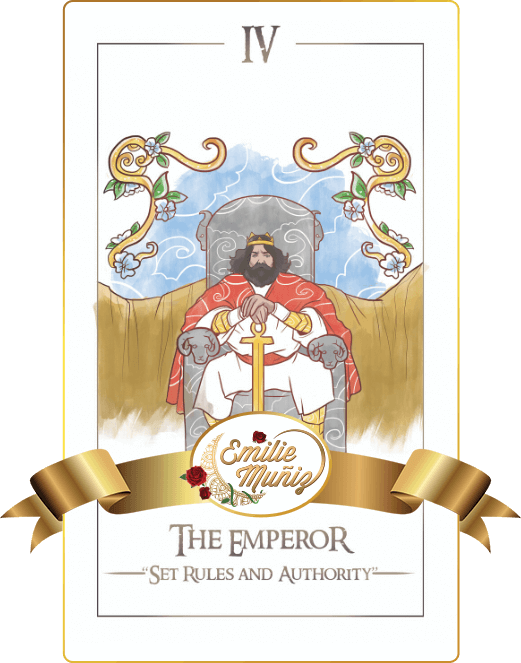 A stern-faced Emperor sits on his solid, immovable, stone throne. Craved into his throne are bulls and rams which represent strength, toughness and something hard to change. Great mountains surround his throne which indicates the security of his empire. The Emperor is dressed in armor under his clothing because, not only is he the ruler of his empire, but he is also a warrior prepared to defend it. The Emperor represents the rules, protocols,
and the regulations, necessary to keep things orderly in our daily lives. The Emperor can also represent a person who is a leader of an organization or an established business.