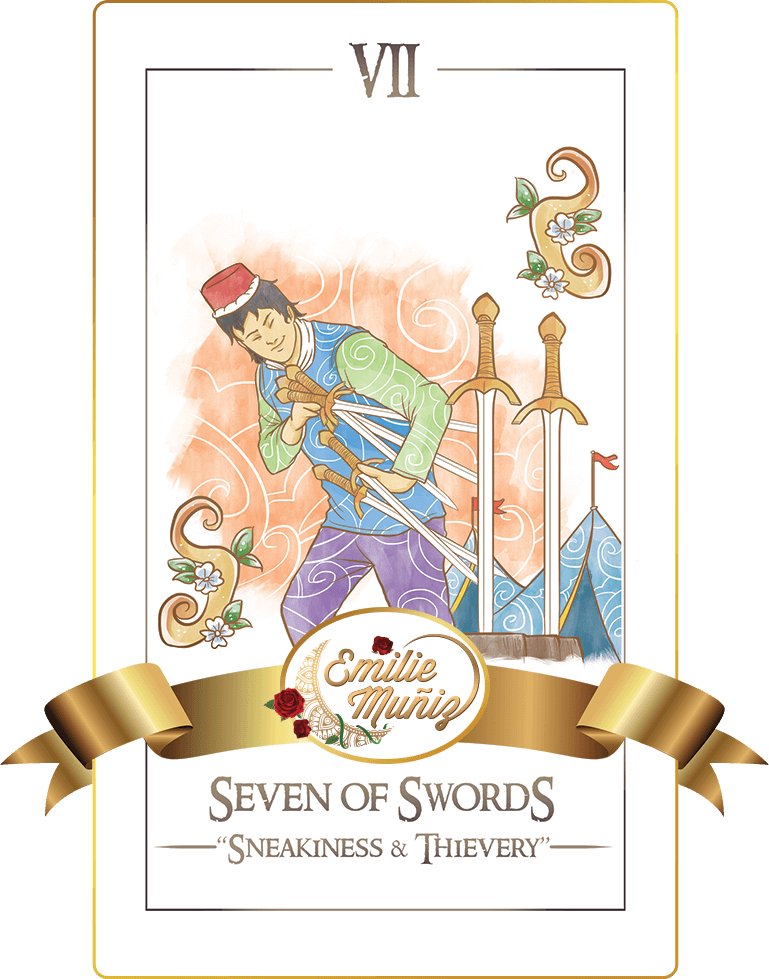 Tiptoeing away, being sneaky and stealing swords, the Seven of Swords shows a scene of dishonesty, thievery and lies. In general, this card, represents someone who does not have good intentions, and displays half-truths, thievery, metaphorically and not, and sneakiness. On the bright side, this card also represents the ability to catch this person dead in their tracks because of their inability to cover their tracks. Follow your hunches.