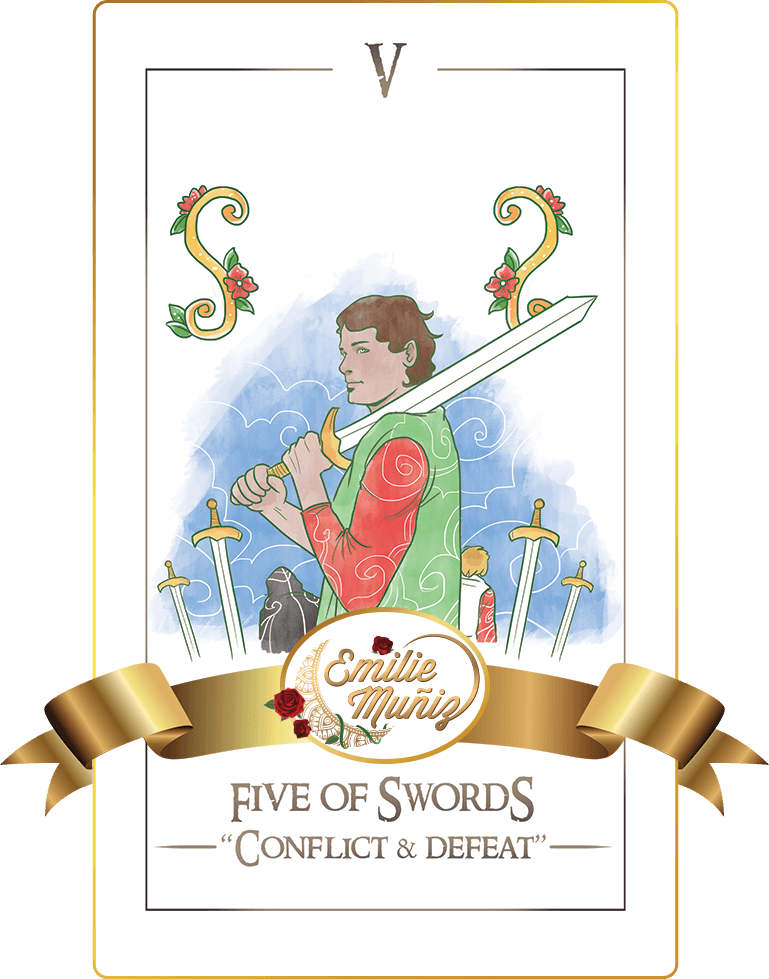 The Five of Swords brings us to a time when we felt defeated by a bully. It is a card about conflicts and battles, but also it is about victory in defeating anyone who has tried to come against you. This card can also represent that
someone is trying to use intimidation tactics, of even bully someone. This card reassures though that one will have victory once and for all over these bullies, once they decide to face them head on. At times we need to stand up for ourselves and to nip things in the bud for good.