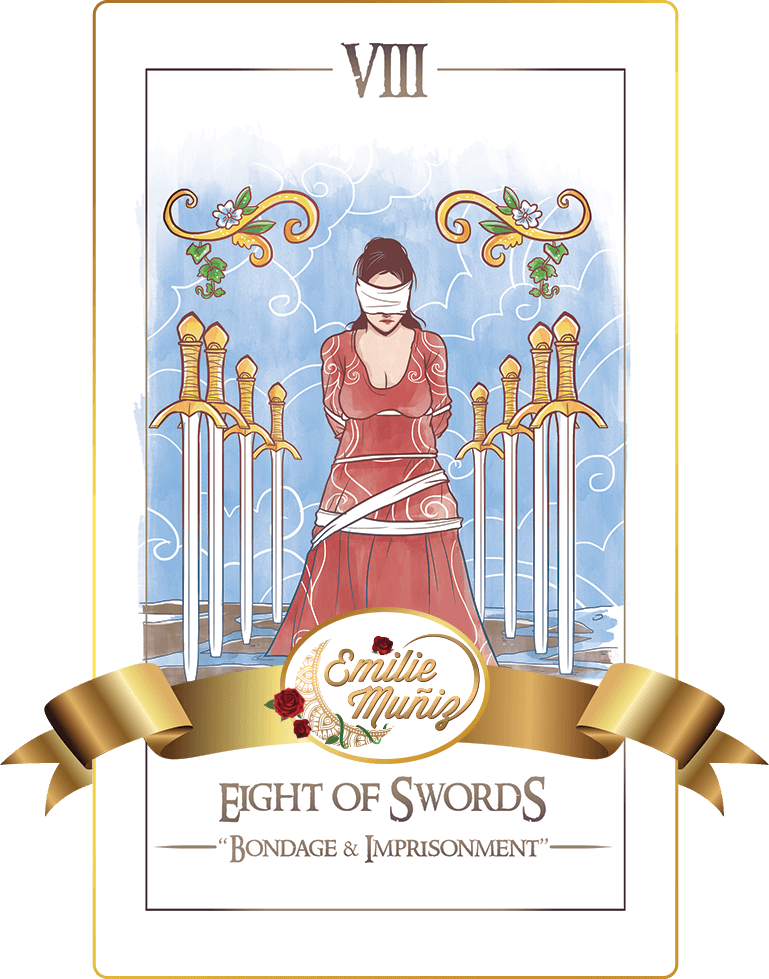 The sense of being bonded, feeling stuck, immobile and trapped is instantly felt when viewing the Eight of Swords. This may not be on a physical, but rather emotional level. There are times where we are fearful of saying something, or we don’t know what we should think. It is also is a card about feeling as if someone is trying to control another person or tie them down. One of the greatest things about Tarot is that it provides solutions. The person in the Eight of Swords is not truly trapped physically, but is trapped only in fear. This person can be free, if they just took one brave step forward because there are no swords blocking them forward, only the fact that they THINK a sword is there blocking their movement is keeping them imprisoned.